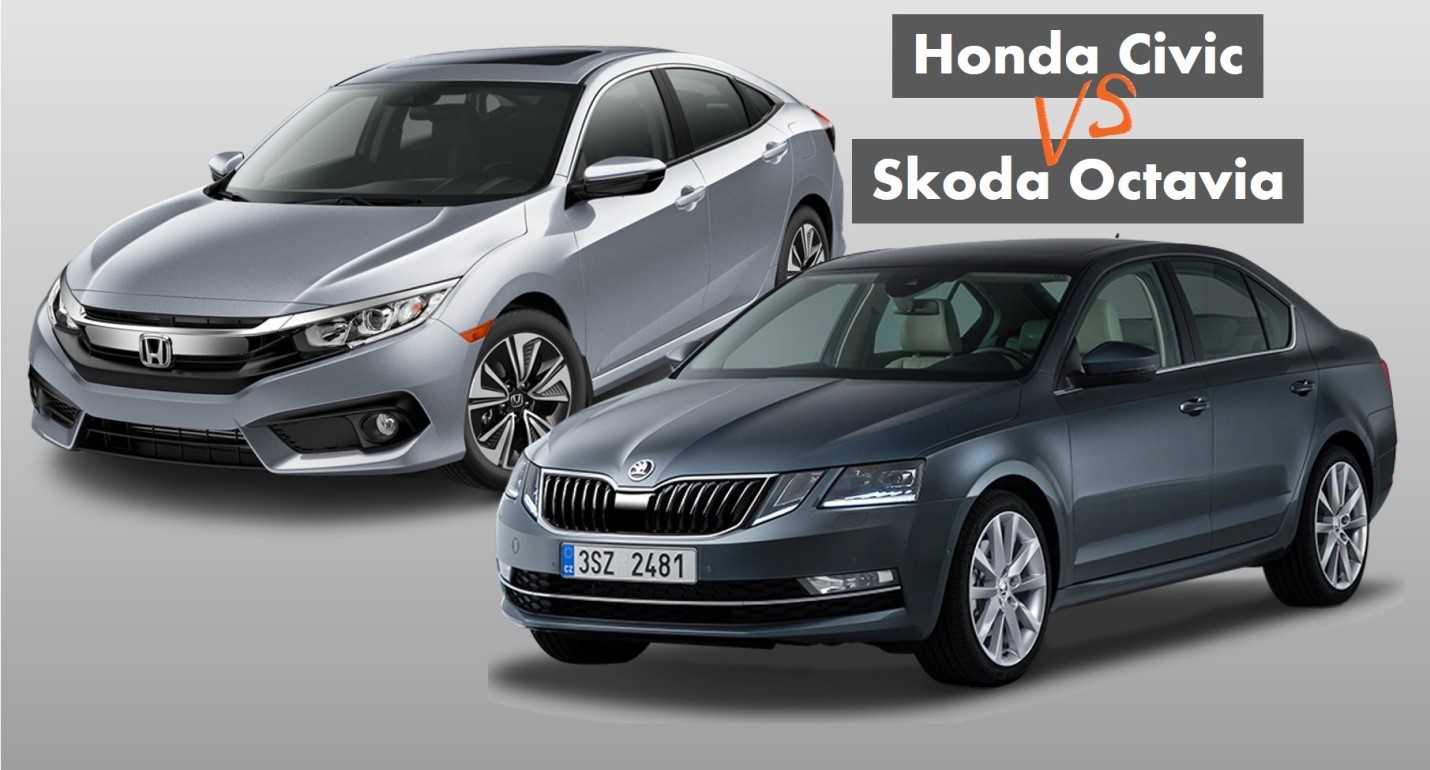 When it comes to the cars with a good build quality and features on offer, there aren’t many that could beat Honda cars. Honda cars have traditionally done extremely well in the domestic circuit and the Civic sedan is a classic example to this. The Honda Civic is an epitome of evolution more than anything else. It is a completely upgraded version of its previous generation in almost every field.

While on the contrary, the 2017 Skoda Octavia has been a revolution of a kind. It is way ahead compared to the previous generation model in every field and not only on the exteriors. And the good thing about the Octavia is that you will feel a lot better about it than any other sedan from Skoda.

None of the two, Honda Civic 2017 and Skoda Octavia, are modest. They are promising and quality assured. But yet, two cars cannot take up the reign of becoming the ultimate leader at the same time. Here, we will find out which one of the two has the potential of pinning down the other both on the road and on paper.

The Honda Civic looks rugged and sharp and could replace any sport-centric car any day with its appearance. The front section gets a lot of those contrasting black elements which is seen on the front grille (barring the thick strip of chrome) and the lower bumper. In fact, the lower bumper is bigger than you would expect and gets honeycomb mesh design along the spoiler and the fog lamps area. The rest of the body is extremely sculpted and lives true to its genes. The rear end gets LED tail lights which are moulded to be wraparound units and are boomerang shaped. The spoiler is placed on the bootlid while the sharkfin antenna is the lone attraction on the roof.

The Skoda Octavia is just the opposite of what you have learnt about the Civic just now. It is practically like an executive sedan, albeit the size. It is smooth all across the body and does not feature a single element that could be termed as a loud. However, there is one thing about the 2017 Octavia that the company has gambled with and comes down as a subject to the discretion of the beholder. The front headlamps are split into two units. It might be a masterstroke from the company or just an eyesore. The Skoda sedan is all about goodness from top to bottom and neat design inside out. At the rear end, it is still elusive of split tail light units and gets the almost patented C-shaped units which are kept away from the boot door. 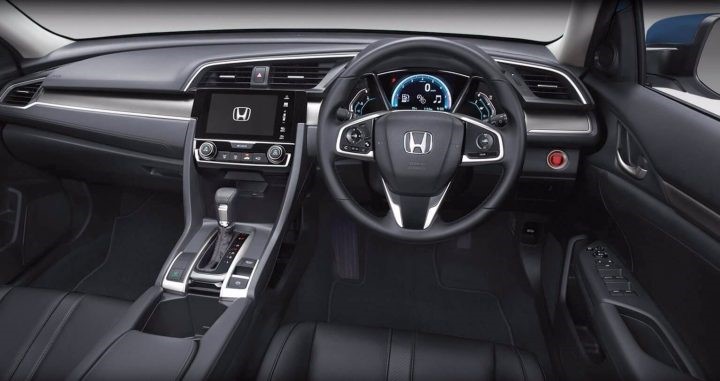 The Honda Civic is very attractive and stylish from within. But all of the stylishness is kept to the front end only. The dashboard is kept to the minimum number of switch gears and buttons. However, what you won’t like about the dash is the touchscreen infotainment display which is angled upwards. This may have been an important aspect in increasing the visibility to the driver but instead is some you would want to get rid of, especially considering how low the seats are. It does not fall at the perfect angle of the driver’s eyeline unless you are too tall.

The Skoda Octavia, on the other hand, is a lot more detailed and the number of switches are more than Civic but are neatly placed. Even the infotainment system is easier to be used with bigger and more relevant icons and of course, a better resolution. Moreover, even the seating spaces are better and we appreciate that. The driver’s seat is very much adjustable and has good comfort and lumbar support on offer. The sedan even has a big boot space on offer, much more than many in its segment.

The new generation of the Honda Civic is powerful and incredibly flawless in its mechanical department. It is powered by a 1.8-litre i-VTEC petrol engine that has four cylinders and a programmed fuel injection technology. The engine can churn out a maximum power of 130 bhp at 6,300 revs per minute along with a peak torque of 171.5 Nm at 4,300 revs per minute. The transmission duties are done by a 5-speed paddle shift automatic transmission gearbox. Moreover, we might even see a more powerful 2.0-litre naturally aspirated engine churning out a thumping 170 bhp of power.

On the other hand, the Skoda Octavia 2017 is tuned in a way to get the job done in the best way possible with the least amount of effort. The sedan comes in three different engine options including a 2.0-litre TDI diesel along with a smaller 1.4-litre TSI and a bigger 1.8-litre TSI petrol. The diesel engine churns out a maximum power of 141 bhp along with a peak torque of 320 Nm. On the other hand, the smaller petrol motor produces a highest power of 148 bhp and 250 Nm of torque while the bigger engine churns out a peak power of 177 bhp and a maximum torque of 250 Nm. The transmission options include a 6-speed manual for both petrol and diesel trims. Moreover, there is an additional 6-speed automatic gearbox unit for the diesel and a 7-speed automatic unit for the petrol trims.

So which one is worth your money?

The way the two cars are built, it becomes indispensable for you to make a decision based on every single parameter. As for an example, you will agree that the Honda Civic is way better than the Octavia in terms of the design. The Honda car is sporty and well matched for every kind of ride you take. The Skoda Octavia is more like an Estate, an Executive form of a sedan.

However, the Skoda car does not have any other weak links in its approach other than the exterior. The way everything is designed on the inside will give you an idea of its supremacy. It is all luxurious and practical. Moreover, even in terms of the mechanism under the bonnet, the Octavia will give you a world of options to choose from, while the Honda Civic does not have many options to show.

Clearly, if you are more inclined towards flaunting a sports-based design, the Honda Civic is the one you choose. However, for everything else, it’s the Octavia all the way.